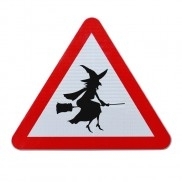 Where the magic happens

You may be relieved / disappointed to learn that this post has nothing to do with either a) wizardry, or b) bedroom activities! The more I coach people on how to present in a more compelling way, the more it appears that most people (even very senior people) would rather not, given the choice, 'put themselves out there'. So we're going to take a look at how to take that step just outside of our comfort zone, because THAT is where the magic happens.

Does it though? Does it really?
Take a moment and think back to anything great that's happened in your life. I'm willing to bet that for each thing you think of, to make that happen you took a bit of a chance (e.g. asking someone out on a date / saying yes to someone, going for that interview, booking that overseas trip etc.). Every time we take a chance on anything, that place that we're occupying is outside of our comfort zone, and as you've just proved to yourself the rewards can be spectacular. I'm not of course suggesting that every single time we put ourselves out there that things always go magnificently, because we know that isn't true. However, if we don't put ourselves out there one thing is certain - great things won't happen, and, even worse, life can just pass you by.

So what do we need to do?
In short, have courage. By that I don't mean the 'run into a burning building' or 'take on a gang of thugs' sort of courage, but the 'do something that makes your pulse quicken' sort of courage. If your pulse is up, then that's a great indicator that you've stepped just outside of your comfort zone. If you're near to having a heart attack and are sweating and shaking uncontrollably, you know you may have stepped too far out of it. In fact, you might not even be able to see it anymore! A great quote that I heard a few years back, in my opinion, sums it up nicely:

"Courage does not always roar. Sometimes it is the quiet voice at the end of the day saying "I will try again tomorrow"

Summoning up the courage

I know it's all too easy for me to say "be more courageous", but that doesn't necessarily help you to actually do it. So, how can you get that all important shot of courage each time you want to take that step outside of your comfort zone? The good news is that you're already an expert, it's just that your mind wants you to forget that.

Allow me to explain. Each time you contemplate stepping outside your comfort zone, your subconscious mind tries to protect you from harm. As such, it tends to fill your head with nightmare scenarios of what will happen if you try. For example, you're thinking of volunteering to give a presentation at the next conference - within seconds your mind is playing you mental images of the whole company laughing at you while you're on stage with your trousers round your ankles (or something like that!). Before you know it, you've swallowed that thought and never do volunteer. The good news is your mind is also your greatest ally, and there's a two stage process for making it get back on side.

Getting your mind back on side

First, consciously analyse the nightmare scenarios it's putting in front of you. Is that REALLY likely to happen? What's really the more likely outcome - even if things go bad? And, can you live with that? Don't forget to also remind yourself of what the positive outcome might be. Now weigh that against the real possible negative outcome and you have a handy decision making tool as to whether you really should put yourself out there.

Second, I said earlier you're already an expert at summoning the courage, and I wasn't lying. As you did earlier, think back to as many times as possible in your life that you did take that step outside your comfort zone. Even think about the times where it didn't go to plan. I'm convinced that if you do that for 5 minutes you'll be brimming with confidence, because you'll have reminded yourself of a very important point - even when it went wrong, you still learned something from it, and in most instances don't regret having given it a go. And then of course there were all those times when it went oh so right!

Just Do it!
So, what could you do today that would push you just outside your comfort zone and make your pulse quicken (without taking unnecessary risks)? Whatever it is, have a think about what I've said, and then like Nike would say "Just Do It"!

"Believe in yourself. You gain strength, courage and confidence by every experience in which you stop to look fear in the face. You must do that which you think you cannot do."