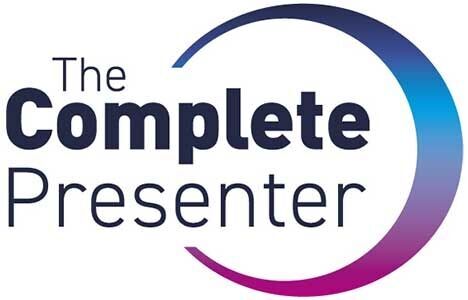 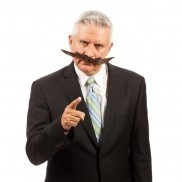 We've all seen it, some of us have no doubt done it: that moment when a nervous bloke giving a presentation inadvertently starts jangling his keys in his front pocket. It's priceless, and hilarious, but sadly renders everything the poor presenter is saying completely useless. We need to be aware of our body language so that it engages, and doesn't distract - so what else do we need to watch out for?

The usual suspects
When I'm coaching people one-on-one, the first thing I do is get them to give a 10 minute presentation, which I record on video. To say that my coaching clients aren't best pleased with this start is an understatement. However, it's the closest I can make the environment to a real presentation, and it tends to get them behaving (and just as nervous) as if it were the real thing. This nerve-wracking start often leads to numerous insights (to which my coaching clients are then very thankful), one of the key ones being any subconscious body language that's distracting. So, here are a few to look out for:

The Presenter's Waltz
This one is hugely common, and is where the presenter is unwittingly shifting their weight from foot to foot, often in a remarkably regular tempo. In essence they become a metronome, and therefore even if their audience doesn't consciously notice this happening (most do), subconsciously this delicious rhythm will be sending them to sleep.

The Back and Forth
Similar to the Presenter's Waltz, only this time the presenter is taking one step forward and then one step back, again with amazing regularity (and sometimes with every click to a new page). This one can be particularly disconcerting for those on the front row.

The Fiddler
Those of you who hold things in their hands beware, whether it's a flipchart pen, a presentation 'clicker' or some other rubbish you've picked up before the presentation (I've seen all sorts of random stuff!), if you're holding it and you're nervous, you're quite likely to fiddle with it. This results in your audience becoming increasingly interested in what you're doing with your hands, and not paying any attention to what you're saying.

The Clicker
This is an offshoot of the fiddler, and it's generally the reserve of those who have a pen in their hand. It's the repeated (sometimes manic) clicking of the pen. They don't notice they're doing it, but it's driving everyone else crazy.

The Pointer
Passionate presenters beware, if you're not careful you can start pointing at your audience when you emphasise points. Those of your audience who are the 'pointees' will probably not be warming to you or your message, given it's a rather rude and antagonistic gesture.

The Note Lover:
This one is also sadly far too common. It's when the presenter is so focussed on their notes in their hands that you'd swear they were having an affair with them. The net result is that the presentation is read out loud word for word to a very bemused audience who could've just read it themselves on an email.

This is not an exhaustive list by any means, but those are the main ones that I see all too regularly.

The good news
The good news is that these things are easy solvable. The hard part is realising you're doing them (hence why the video is so very useful). Believe me, once you've seen yourself doing the Presenter's Waltz at double speed on video, that is the LAST time you do the Presenter's Waltz! So, if you are able to video yourself (even if it's just with a mobile), then as soul destroying as it is watching it back, that's by far the best way to make sure you're not doing anything distracting. If you can't bear to do that though, then my suggestion would be to ask someone who's going to be watching your presentation (and someone who you trust), to look out for anything that you're doing that they find distracting, and to give you feedback afterwards. I'm not going to lie, it hurts when you find out (I was a Pointer), but you'll be so much better off in the long run.

What should I do instead?
I personally don't think there is a 'perfect' form of body language for a presenter. I think it varies from one person to another, and what might work brilliantly for one person might look really awkward on someone else. As such, I would aim for relaxed openness. What I mean by that is try and hold yourself as you would if you were telling a story to some friends at a party (maybe without the beer in your hand!). If you think about it, you'd probably be standing in quite a relaxed way, and wouldn't be crossing your arms. I don't mean you need to stand there with your arms by your sides, but just try to make sure they're not crossed and then you're on fairly safe ground. Then just be yourself. If you're speaking to a particularly large group then you might want to be a bit more animated than usual, but I would always aim for being authentic rather than forced. The key to relaxed openness is of course feeling confident, and if you need help with that, I've written numerous blogs on that subject, so have a little surf of this site and enjoy.

The most important thing though, and I'm aiming this at the fellas, whatever you do, don't start jangling the keys (or coins) in your font pocket. You will be the talk of the conference, but not for the reasons you were hoping for!!